A place for the Magickal Scraps designers to hang out, post freebies and challenges, and chat with other scrappers

You are not connected. Please login or register
+7
suruha
Nana
WendyP
Kyra
Edna B
imangel
Snowraven
11 posters
Go to page : 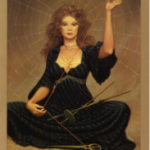 Hi everyone my name is Janet, I go by Ariadne on line, I am a Pagan, widow and a grandma of 2 and a third on the way. I will be 52 in a minute. I am a Valentines baby, never cared much for that! I was born in the UK, came to the US in 1966 (a few Years Ago! *Wink*)I grew up in New England & drove over 3500 miles to San Diego, CA in 1998, I love it here!
I found originally found images by Kyra which in turn took me to Minky & Sulina also found Snow Raven, I am now back full circle to Kyra.
I began scrapping in early Oct. 2010. I was a theme & card creator on the Ning network I also messed around on Imikimi. I own a web site for Pagans http://wikkidwebweweave.ning.com if you want to check it out. 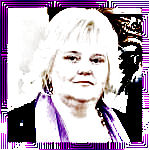